The growing danger of nuclear war
and what we can do about it. 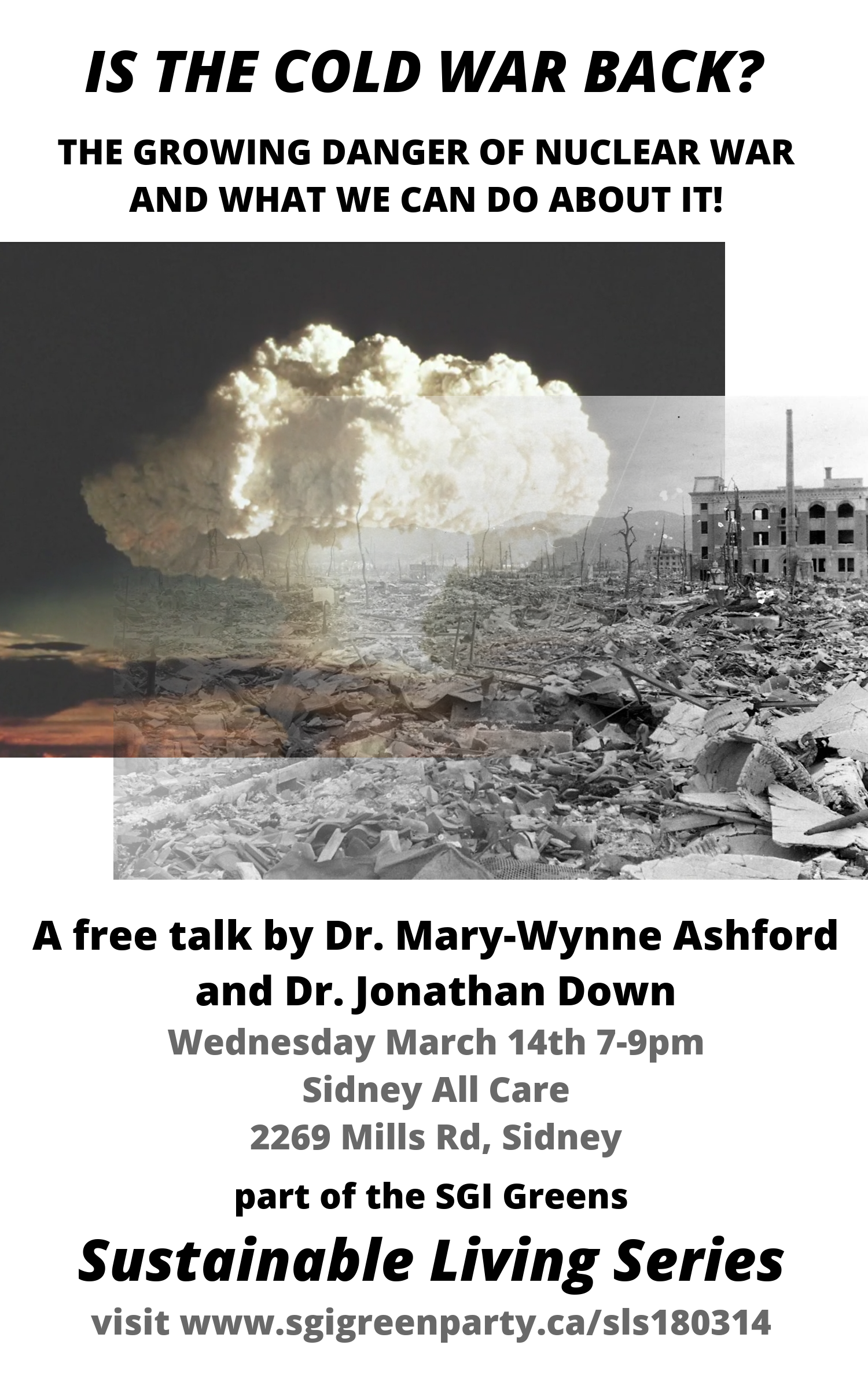 The danger of nuclear war between the US and North Korea, by intent or by accident, is a real and present danger. Millions of people would die, and global climatic effects would devastate the world. Positive actions can end this crisis and support the UN Treaty to Ban Nuclear Weapons.

Their audio-visual presentation will be followed by
a Q and A period.

When asked about the link between the Sustainable Living Series and nuclear disarmament, Mary-Wynne answered: ' There are two green things about nuclear disarmament: one is that there will be life on earth, and the second is that trillions of dollars will be freed up for other purposes if they stop manufacturing and modernizing their nuclear arsenals.

Dr. Jonathan Down is a Pediatrician in Victoria, Based at the Queen Alexandra Centre for Children's Health. He is the President Elect of Physicians for Global Survival (Canada) and serves on the Security Committee of the Physicians for Social Responsibility (USA).

Dr. Mary-Wynne Ashford is a retired Family Physician and Palliative Care Physician. She is a Past Co-President of the International Physicians for the Prevention of Nuclear War (IPPNW) and a Past President of Physicians for Global Survival (Canada). Her award winning book, Enough Blood Shed: 101 Solutions to Violence, Terror, and War, has been translated into Japanese and Korean.

Both Dr. Down and Dr. Ashford are members of IPPNW (Nobel Peace Prize 1985) and the International Campaign to Abolish Nuclear Weapons (ICAN) Nobel Prize 2017.

This talk is free but please RSVP below.