We can lead the way! 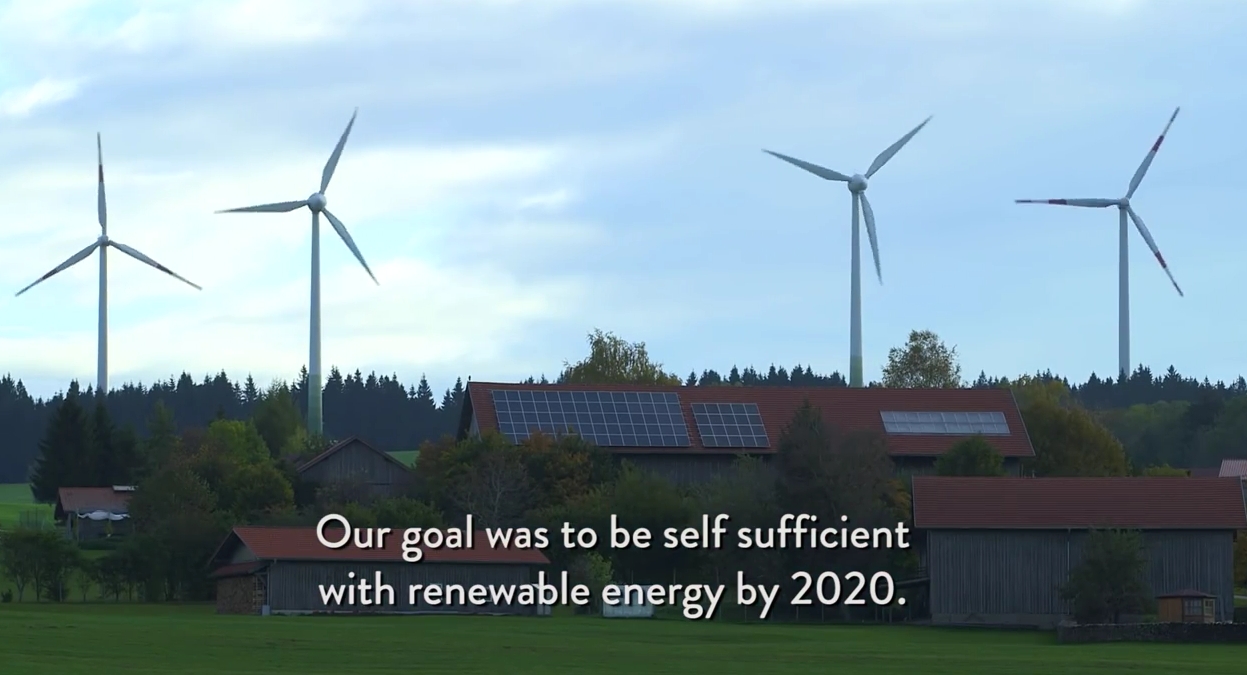 Why are politicians always the last to figure things out? Maybe it's because they live in a bubble and we don't speak loud enough for them to hear us. There are others who speak louder, mostly because they have more money. Yes, money influences politicians but not in the way that one would suspect. Sure some are on the take but most are sincere in making thoughtful informed decisions. The trouble is that there are those who have a lot of money to employ people to provide the information, the briefs, the discussions over lunch, the voluminous (and often empty) reports of misinformation, that make their case.

That's where money plays a major role. Money buys the time to influence decisions. The more money, the more time and the more influence. There is no industry on this planet that has more money than the oil and gas industry. Maybe it's because they pump wealth, in the form of ancient sunlight, out of the ground. The accumulated energy of thousands of years of photo synthesis concentrated and stored for millions of years only to be released in a single flash of industrial growth.

A single barrel of oil contains 1,700 KW hours of energy. Put another way, the energy content of 1 litre of oil theoretically could power a 1,000 watt baseboard heater non stop for 10 hrs.  The way we get that energy is to burn the oil and that's where it gets tricky. Turns out that the CO2 released in the process is tipping the delicate balance of our carbon cycle, threatening to end the age of Goldilocks and thrusting us back into the wild climate swings that made agriculture all but impossible until about 10,000 years ago. But there is more. When we burn oil to access all that pent-up energy, most of it is released in the form of heat. As the mayor of Wildpolsried in Bavaria explained to us 3 years ago as he took us on a tour of his amazing village; "It makes no sense to burn fuel to make heat. If you burn it to make electricity, you get the heat for free."

That's why gas engines get hot, why they have radiators belching out the excess heat. About 80% of the fuel you pump into your increasingly outdated car is burned to provide heat which is disposed of into the atmosphere. Only 20% is used to move your car forward. Think of that next time you pay at the pump. 80% of the money charged to your credit card is spent on producing heat that you can't use and don't need, while the oil industry turns a profit on 100% of your gasoline bill. And it's not just the oil industry. We have built a whole economic framework around this colossal waste of energy. 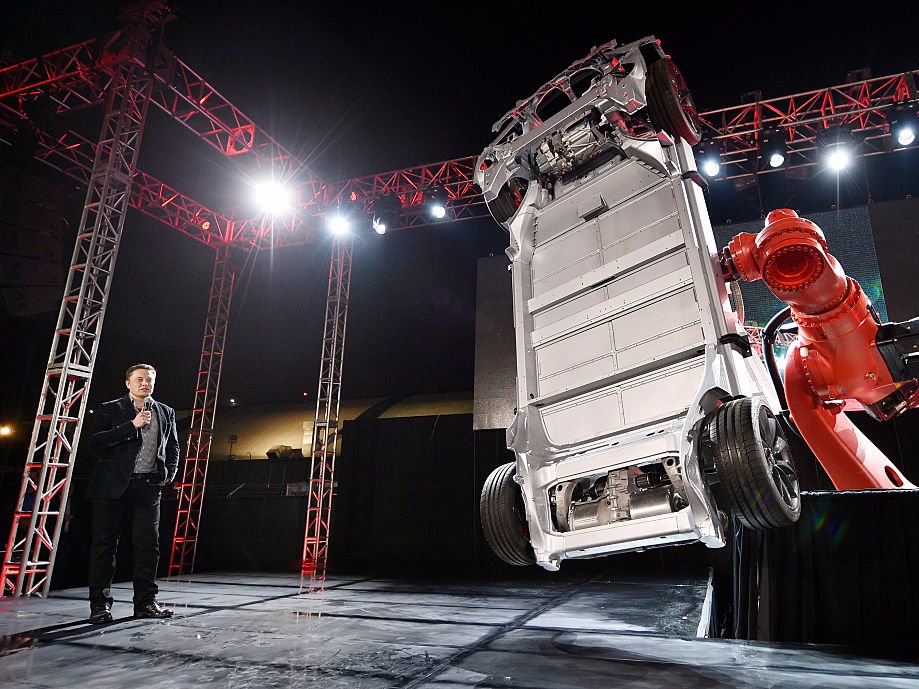 That's why electric transportation makes so much sense. The average electric car uses 30KWh to travel 160km (or 1.875 liters per 100km). The average gas engine in North America burns almost 9 liters per 100km. Imagine for a moment a world where we routinely bought ten pounds of grapes and immediately threw 8 pounds away. Or where we would have to buy five pairs of sneakers just to be able to use one and then having to figure out how to "dissipate" the other four. Routinely wasting 80% of anything seems absurd if we even take a moment to think about it and yet we are habituated to this pattern. In fact, we've built and economy around it.

And that's why the technological convergence we have highlighted here before is unstoppable. That's why oil and gas development won’t be the big drivers of future Canadian prosperity. We have to rethink our future, building an economy based on new ideas and knowledge instead. One of those new ideas is something that few people have wrapped their minds around. Electric cars are not cars at all. They are computers on wheels. Comparing the Tesla production ramp-up to regular car manufacturing is like comparing the production of iPhones to rotary dial phones or typewriters. Electric cars have 80% fewer moving parts and can be remotely updated and even repaired much like your iPhone. When was the last time you received an email that your timing belt was automatically updated over night at no cost to you?

Electric cars like the Tesla model 3 change everything. This new computer on wheels comes with an optional battery upgrade that gets you over 300 miles (480km) on a single charge. That's ahead of schedule in terms of what has been predicted. But why do we keep focusing on Tesla? Because unlike all the other multinational corporations vested in the oil industry, it is not hampered by the culture of waste outlined above. The sheer fact that Tesla is now setting its sights for 1,000km per charge is changing the dynamics of the entire transportation industry. And its fully autonomous vehicles, that you can offer to the grid to help offset their costs when you are not using them, are expected to be a reality by 2020. That's just one year after the next federal election.

Are we ready for all this change? Actually, a lot more ready than our politicians are comfortable admitting. With new car inventories in the US alone poised to set a new record at over 4 million vehicles, 500,000 individuals have chosen instead to pay a deposit of $1,000 each for their spot in the queue to buy this technological breakthrough. But not all politicians have their head stuck in the proverbial pipeline. Some jurisdictions are shifting incentives to support this new technology. In California for instance, this new Tesla model can cost as little as $25,000 after rebates and tax credits. 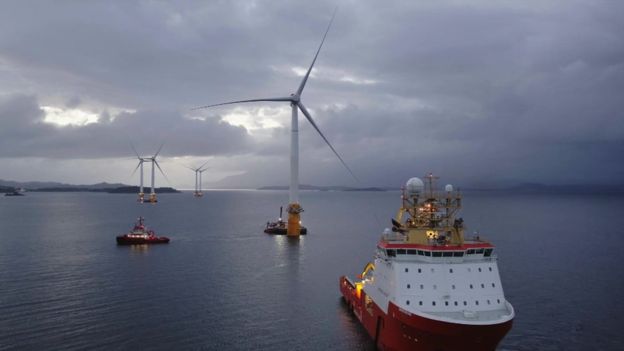 So how do we produce the electricity for this electronic transportation revolution? We've already talked about industrial solar being produced for less than $10 a barrel oil equivalent. But do you remember Stat Oil? We reported on them when they sold their share in the tar sands and took the money to win the offshore lease for a wind-farm just off the coast of New York City. We told you then that this oil company is using its expertise with semi-submersible oil rigs to develop a floating wind turbine. These babies are massive, can operate in up to 1,000 meters of water, and are being installed right now off the coast of Scotland. I've personally been on an offshore drilling platform on the Grand Banks of Newfoundland in a 50 knot gale with 30 foot seas and can attest to the stability of these types of structures.

You know the tide is turning when one of the world’s most powerful oil bosses says he is in the market for an electric car. So why is our federal government still propping up the corrupt environmental review process of the National Energy Board (NEB)? Why has Justin Trudeau refused to accept the recommendations of a special committee tasked with investigating the effectiveness of the NEB which concluded that it has no credibility and is woefully inadequate at doing environmental assessments? Probably for the same reason that Rachel Notley can't seem to understand how much our home here means to us. As Al Gore famously once said: "It's hard for someone to understand something if their job depends on them not understanding it." 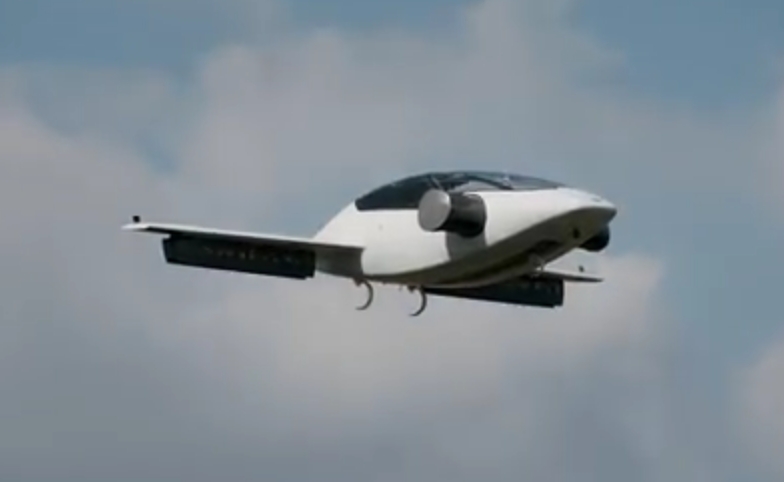 Maybe our politicians need to figure out that their job actually does depend on them understanding that we need to build a sustainable world for our children and grandchildren. Large expensive oil and gas infrastructure is not in the national interest, nor is it compatible with our responsibility to meet the Paris targets and fight climate change. It will only serve to support the illusion of an ever expanding carbon bubble for a very short while. But in that short time it can leave a legacy of destruction and fiscal calamity. We can do so much better. Canada can and should be at the forefront of this revolution. And British Columbia now has a new government that can lead the way. But they need to hear from us. And they need to follow the lead of some of our local leaders. We need to balance the special interests that represent the past and give voice to our future.

My Love and I will be taking a short break to reconnect with the Salish Sea. And then on the 18th and 19th we will be attending the BC Greens convention here in our little town of Sidney by the Sea. So I will not be writing this weekly missive for the next two weekends. But you can still tweet and share this with your friends and on social media. And if you find that you miss this weekly read, maybe it's a chance to catch up on and share past issues. Just visit our archives and enjoy. I will return to your inbox on August the 27th.

Have a safe summer,
Thomas