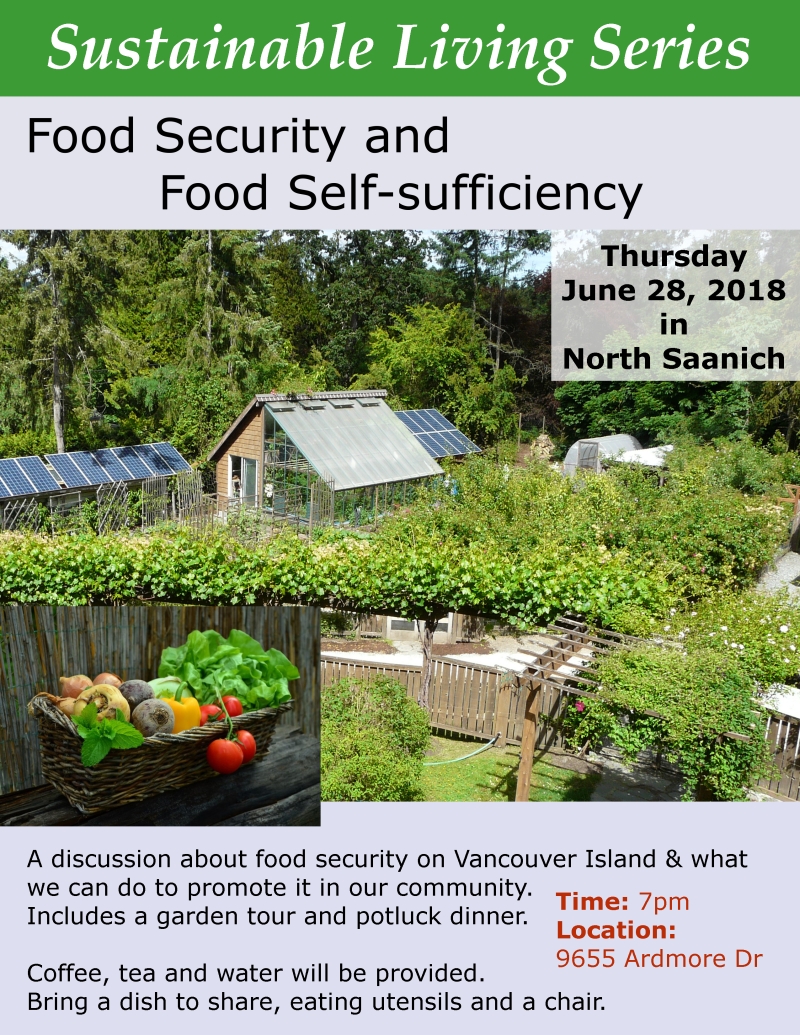 So I usually get a few emails every week as feedback to my missive. Most are supportive and thankful. Some are critical. And some just teach me how to correct my grammar or become a better speller. All are appreciated. Thank you.

Last Sunday the first comment went something like this: "It is so very hard to have a "happy father's day" when so much negativity prevails in your rants.......I also think it must be very hard for you to gather, week after week, so much dark and dangerous details of what is happening around us that the clouds are so heavy and monstrous no warmth or brightness exists, even when we are living during a time when we are experiencing the longest day of the year --- at least in the northern hemisphere. Is there not room for hope and positive energetic comments?"

The answer? "Yes, of course there is!" So I decided to celebrate the seemingly endless daylight hours, the plump raspberries in the garden and the official beginning of summer, with some good news stories and announcements. Let's do the announcements first.

SGI Event: You can now participate in GPC policy discussion online. On Tuesday evening we are holding a special video conference for members of the Green Party of Canada living in Saanich-Gulf Islands. We'll discuss the policy proposals that are currently being prioritized by a full membership vote. This is part of a new and unique process that allows all members to discuss the merit of motions under consideration and express their view about the relative importance of each motion. Participatory democracy in action...

SGI Event: On Thursday evening there will be another event in our Sustainable Living Series. This time it's a fabulous garden tour and potluck at the oasis of one of our executive members who has recently installed enough solar to power his home. We will be focusing on Food Security and Self-sufficiency. For more information and to RSVP, please follow this link.

Now to some more good news stories. While we here in Canada are paying $4.5 billion for an outdated pipeline valued at $500 million a decade ago, the rest of the world is moving ahead with renewables, despite Trump being Trump and Ford chasing the solar industry out of Ontario. Here is what I found:

Utility scale solar projects in Nevada are now clocking in at about 2.3 cents per kWh. That's electricity ready to plug into the grid. By comparison, West Texas Crude is currently trading at $75 a barrel, which translates to twice the cost of solar at 4.6 cents a kWh, even before considering the cost of refining it and generating electricity. 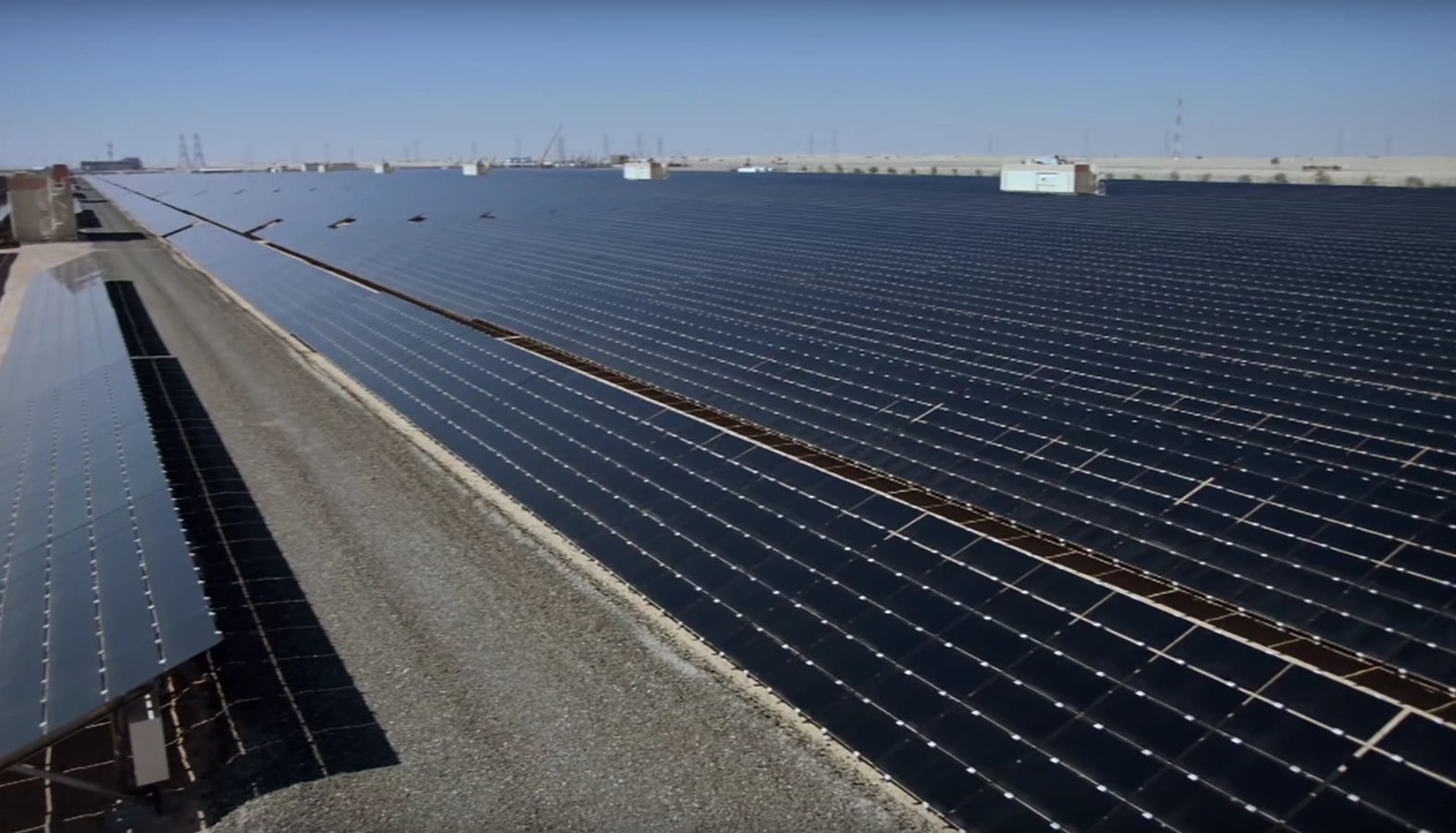 Global solar module prices have collapsed and are expected to fall another 34% this year, making oil and gas even less competitive. It is estimated that monocrystalline silicon modules will cost only $0.24 per watt by the end of the year. At the same time, the EV market is heating up. We already know about BMW and Mercedes giving Tesla a run for its money but now even companies like KIA are introducing all electric vehicles with a 450km range.

Seeing consumer pressure mount for clean transportation options Uber is starting to pay drivers an incentive to switch to electric. At the same time the founders of Lyft, Uber's biggest competitor, have said that by 2025, Lyft will provide at least 1 billion rides per year using electric autonomous vehicles. Currently, there are 100,000 Lyft drivers in the US who use EVs.

While the natural gas industry has a leak problem and is putting out 60% more methane than the EPA had calculated, Siemens is shedding its gas turbine business. Green Tech Media reports that: "Renewables now make up the majority of investment in new power generation, far outpacing spending on fossil fuels. This year could be one of the toughest for gas turbine makers in over a decade. 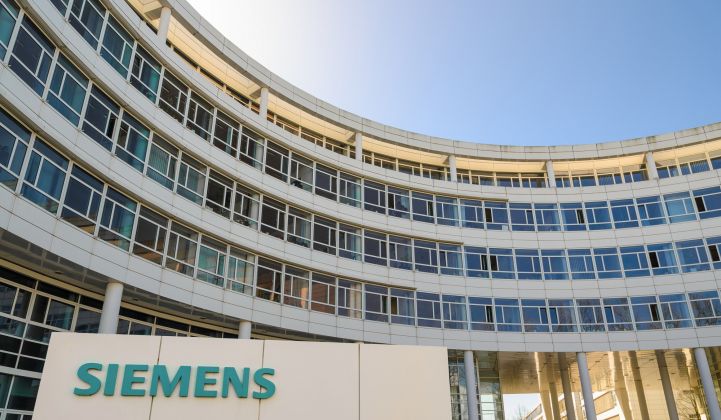 "According to figures from the U.N. and Bloomberg New Energy Finance, renewables (excluding large hydro) accounted for 157 gigawatts of electricity capacity additions last year, while fossil fuels only accounted for 70 gigawatts. “I think that the whole industry has significantly been underestimating the rise of renewable energy,” said Siemens CEO Joe Kaeser in a March interview with The Wall Street Journal."

“The power generation industry is experiencing disruption of unprecedented scope and speed,” said Lisa Davis, a member of the managing board at Siemens. In another piece Julia Pyper reports that financial institutions say they could double their planned investments in the U.S. renewable energy sector and unlock $1 trillion in renewable energy investment. The International Renewable Energy Association reports that in 2017 Renewables already employed over 10 million people!! 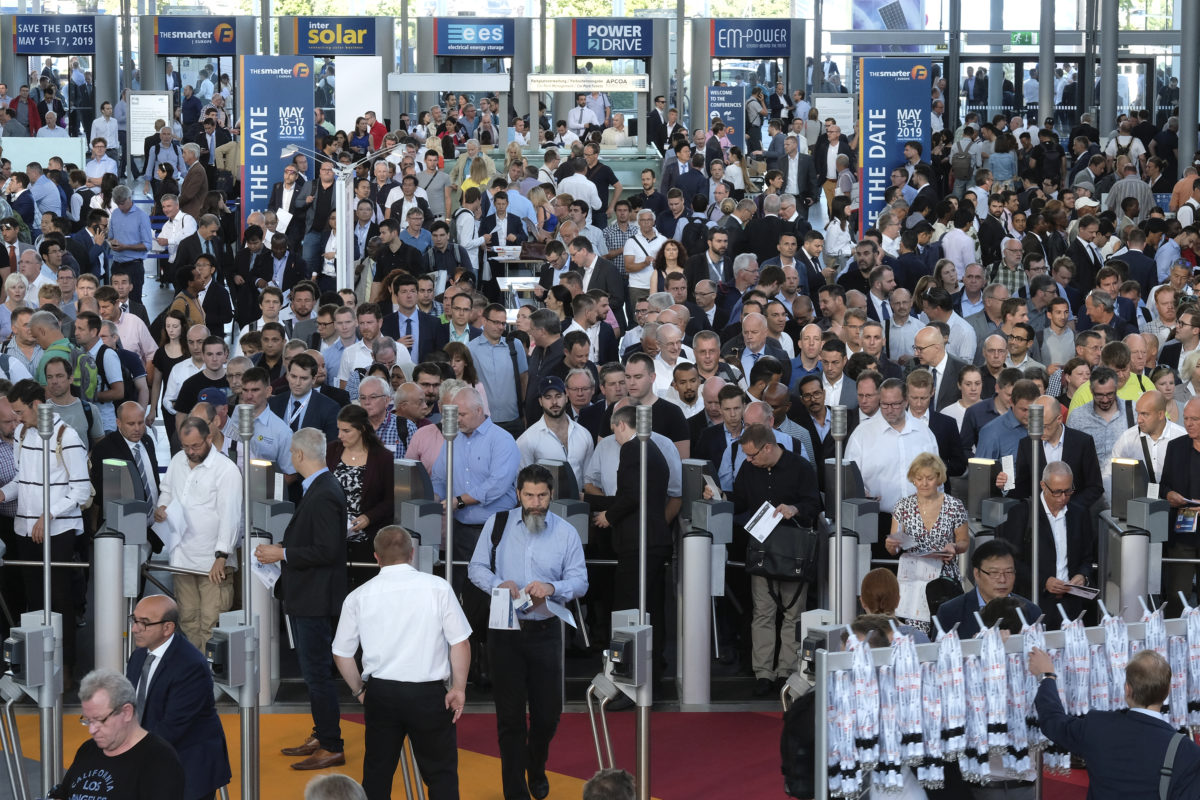 While high profile politicians in North America are racing each other to the bottom, India is in a race with China for the top. At the Indo-German Energy Dialogue on Solar PV Market Development in India, Shri Anand Kumar, secretary of India’s Ministry of New and Renewable Energy, said the country plans 500 GW of capacity by 2030. He also underlined India’s plans for becoming a solar and storage manufacturing hub and said the International Solar Alliance needs to widen its membership. They are already exceeding their 2022 targets, while we are not even close to meeting ours.

You might remember Michael Eckhart with Citi Global Finance. We featured this video a couple of times already where he is interviewed about the financial case for renewables. He has been following alternative energy for the last 40 years: "All of this has been very predictable if you know manufacturing economics. Renewable energy is subject to manufacturing economics where all products go down in cost the more you make. Versus the competition, fossil fuels, are resource oriented, not manufacturing. And the cost of resources goes up the more you use. So you fundamentally have two curves that are going to cross. And they've crossed in the last five years."

Now Michael Eckhart, along with other global financial managers and investors, is setting his sights on rescuing the oceans. With every discussion of how we can bring finance to help solve the ocean’s challenges, writes Helen Avery in Euromoney, there also has to be one on what our capital should not be financing. Part of the solution, says Eckhart, is simply to stop doing the damage: “As an industry and as a planet, the urgency is such that we will have to open a dialogue around how we invest in expanding fisheries and shipping.” 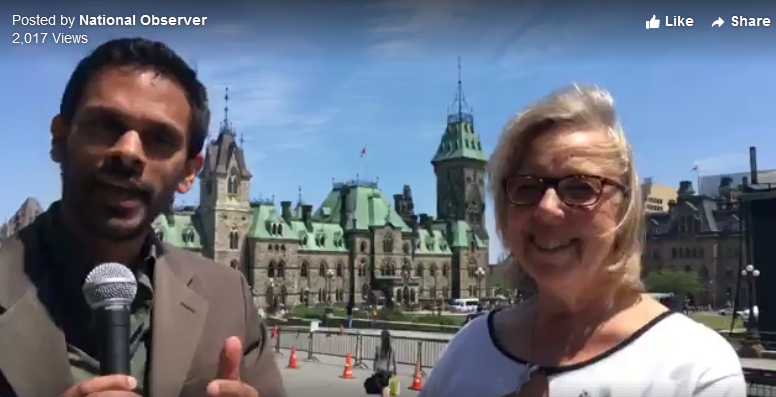 It's pretty clear where the future lies. Keeping in mind that these predictions have been too conservative in the past, the Bloomberg New Energy Outlook for 2018 states that “Wind and solar are set to surge to “50 by 50” – 50% of world generation by 2050 – on the back of precipitous reductions in cost, and the advent of cheaper and cheaper batteries that will enable electricity to be stored and discharged to meet shifts in demand and supply. Coal shrinks to just 11% of global electricity generation by 2050.”

Even the students of Salt Spring elementary know that there are better things to do with $4.5 billion than buying an old pipeline. Last week Elizabeth presented their petition to the House of Commons.

Last week Elizabeth also did a live interview with the National Observer on the steps of Parliament Hill, wrapping up this parliamentary session. Elizabeth explained why the new environmental assessment process is still seriously flawed and why our trade agreements, including NAFTA, are so dangerous to our sovereignty. She also reminds us how important it is that we back out of the deal to bale out Kinder Morgan and reminds everyone to sign the petition to stop the purchase of this expired pipeline. 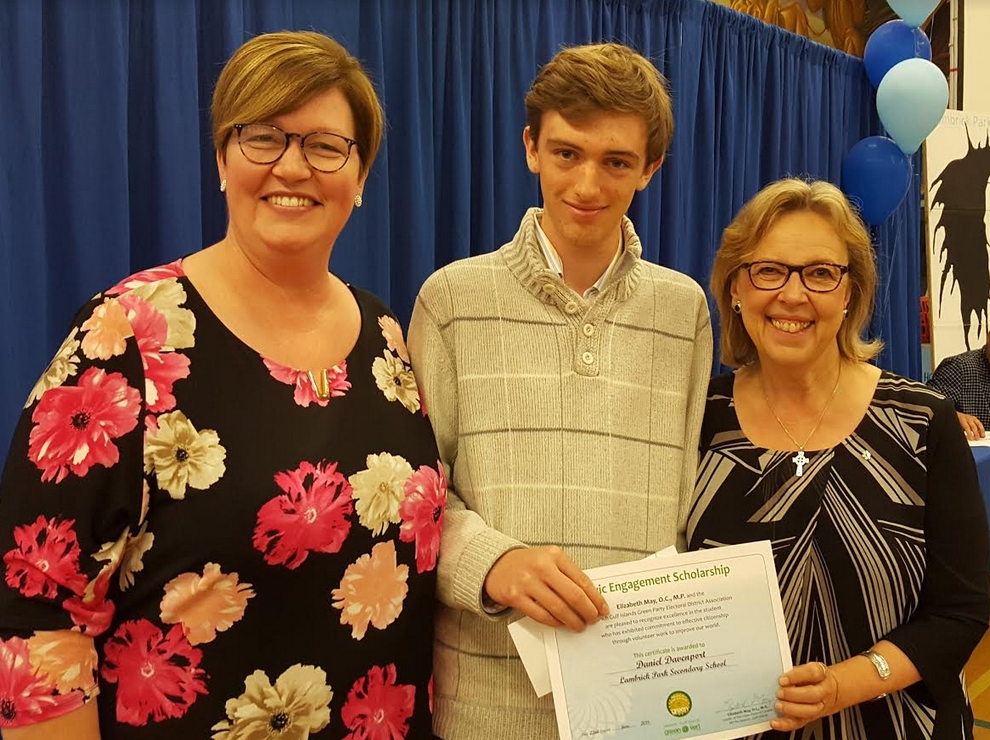 In closing, the final good news story this week is how we here in Saanich-Gulf Islands, with your financial support, are dedicated to investing in future generations. For years now, Elizabeth has encouraged her Electoral District Association (EDA) to provide modest scholarships to the high schools in our riding. These scholarships are awarded to students who show a strong commitment to foster civic engagement and are just one way that our EDA demonstrates its commitment to building a stronger, more inclusive democracy.

Thank you for reading and all your support of SGI.

Until next week,
Happy summer!
Thomas