The campaign of our lives 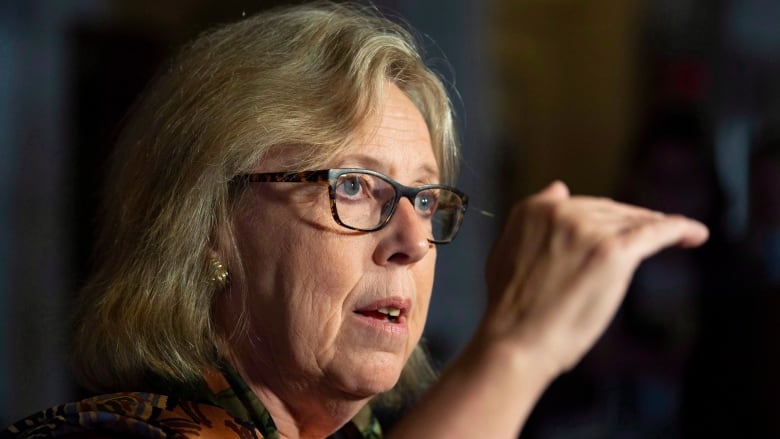 After Paris many news outlets reported that we had to keep global temperatures below 2% which drove Elizabeth right around the bend. They didn't even care enough to understand the difference between 2 percent and 2 degrees. Now much of mainstream media coverage refers to the recent IPCC report by claiming we have 12 years to fix the problem. Actually the IPCC report, compromised though it is, doesn't say that at all. It states that in 12 years we will blow past 1.5 degrees on our way up to 3, 4 and 5 degrees if we stay on our current trajectory.

"To waste this opportunity," pleaded the UN Secretary General at COP24, "would compromise our last best chance to stop runaway climate change. It would not only be immoral, it would be suicidal. Failing here in Katowice would send a disastrous message to those who stand ready to shift to a green economy." Elizabeth framed it more succinctly: "Do we want to survive or not?" In her interview with CBC's The Current on Friday morning she said: "Canada did not see this COP as a place to say Oh my God, we have almost no time left to hold to 1.5 degrees, we better move away from the embarrassing target we still have." 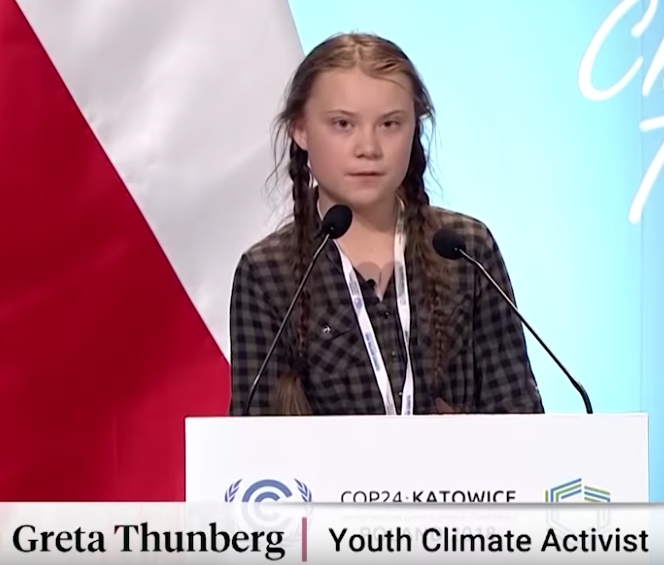 Every month matters. To arrest climate warming at 1.5 degrees, we have to take bold and decisive action now! There is literally no time to waste. In 2015 the newly minted Trudeau government went to COP21 and announced to the cheers from countries around the world that "Canada is back!!" With the help of vital information supplied by Elizabeth May and Claire Martin, our new Minister of Environment and Climate Change supported (some say led) the drive to set a 1.5 degree target.

This simple change from 2 degrees to 1.5 set the wheels in motion globally to accelerate the energy revolution. Investments started shifting, and from Bloomberg to the World Bank people started paying attention. Canada had led the way. But that was before the oil industry sunk it's talons into the minds of this Liberal government.

So last week, while children from around the world were begging global leaders to take action to safeguard their future, our Prime Minister was selling pipelines on Breakfast Television in Toronto. A credible spokesperson for future generations, Greta Thunberg could have been speaking directly to Justin Trudeau: "You only speak of green eternal economic growth because you are too scared of being unpopular. You only talk about moving forward with the same bad ideas that got us into this mess, even when the only sensible thing to do is pull the emergency brake. You're not mature enough to tell it like it is, even that burden you leave to us children." 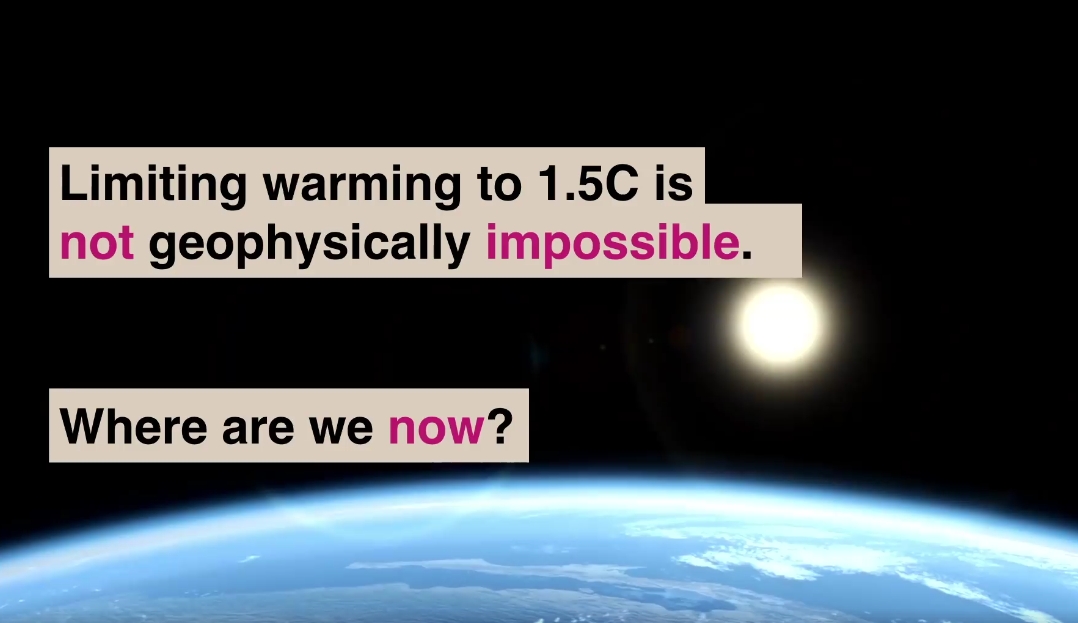 Instead of responding to the urgency of the IPCC report Canada's current government chose to go to this COP focused on the bureaucratic framework of writing the rule book for reporting emissions. Instead of being a world leader and standing up to the gang of 4 (US, Russia, Saudi Arabia and Kuwait), our Prime Minister didn't even bother to show up. So much for Canada leading the world. At best we are timid bystanders. At worst, we are complicit in the destruction of our civilization. Greed makes for strange bedfellows. Greta: "Our civilization is being sacrificed for the opportunity of a very small number of people to continue making enormous amounts of money."

On the day that Elizabeth arrived at this COP in Poland, a lobby group called "The Investor Agenda" (IA) issued a statement on behalf of 415 global investors, who collectively manage $32 trillion. CNBC reported that the statement called on world governments to step up their efforts on achieving the goals of the Paris Agreement and commit to improving climate-related financial reporting. The IA also urged leaders to drive investment into low-carbon energy by taking action such as phasing out coal worldwide.

The Paris Agreement was drafted in 2015 and set out targets to help international economies work towards reducing carbon emissions. Signatories of Monday's statement agreed that lawmakers needed to address climate change "with urgency," and warned that failing to act would create significant risks for the global economy, financial system and society. "It is vital for our long-term planning and asset allocation decisions that governments work closely with investors to incorporate Paris-aligned climate scenarios into their policy frameworks," the report said.

In case you missed that, "failing to act would create significant risks for the global economy..." It is not a climate issue it's a survival issue. Environmentally and economically. But just because Canada is fixated on outdated Harper targets, doesn't mean the world is going to wait for us. 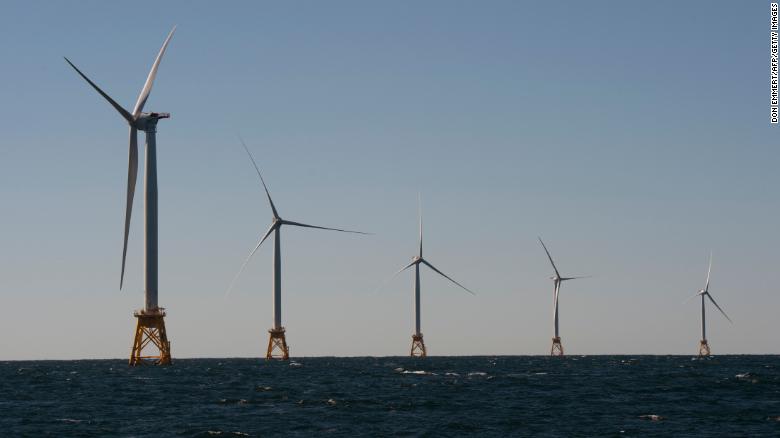 CNN reports that the rights to establish wind farms off the Massachusetts coast sold for a record-setting $405 million on Friday. Each of three leases offered for auction by the Bureau of Ocean Energy Management on Thursday fetched $135 million apiece by the time bidding closed on Friday. The previous record for such a lease was $42.5 million, set in 2016 for the rights off New York's coast, which by the way was purchased by Stat Oil, after they sold their stake in the Tar Sands.

Denmark committed itself in the 1990s to go 100% renewable and the Saudis have been investing in Solar for years. Now even Exxon is installing solar to power its oil fields in Texas. But China is still the most aggressive player in the market, partly because of its sheer size and partly because it has simply made the decision to dominate the sustainable energy sector. China will
invest more than $6 trillion in low-carbon power generation and other clean-energy technologies over the next 20 years. According to the Brookings Institute, global investments in new power generation capacity is expanding to $10.2 trillion by 2040. The majority of that investment— nearly $7.4 trillion— will be in renewable energy generating capacity. 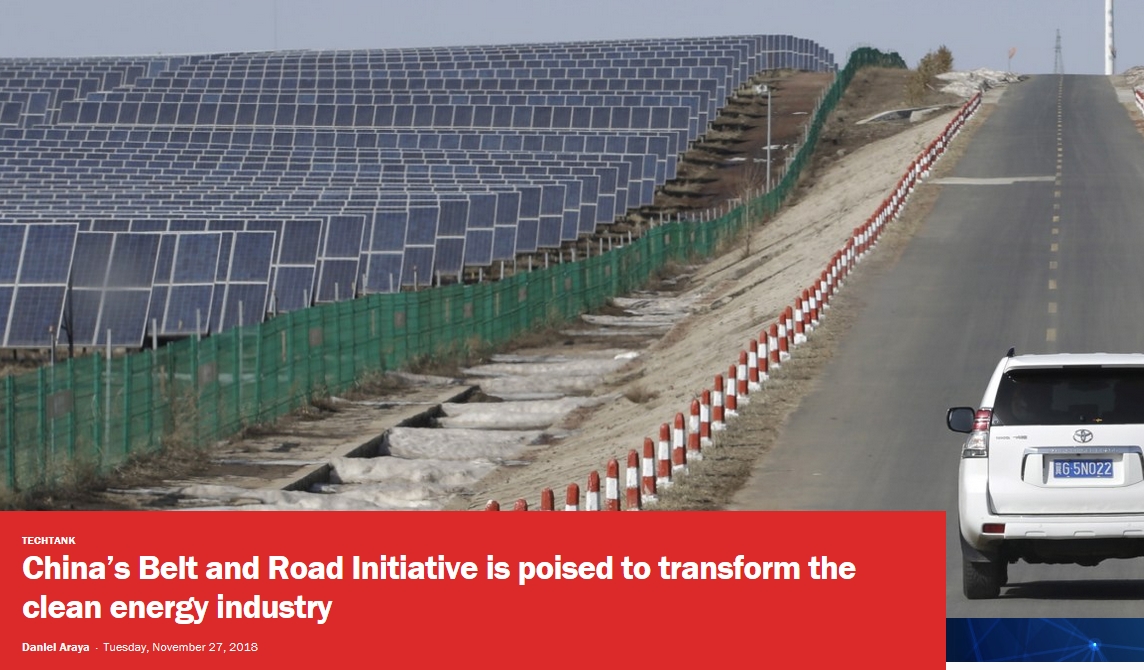 The good news is that investors are not waiting for Trump, Ford, Trudeau and Notley. And frankly, neither are we. We can't afford to. The world is changing and there are those of us who are determined to be bold enough to stand on the right side of history. That is why 2019 will be the campaign of our lives. We have two maybe three election cycles to set Canada on a path to a hopeful, bright and beautiful future that embraces all the challenges we face.

As we prepare for this epic campaign, roles within the Green Party are shifting. Volunteers, candidates and donors all across the country are stepping up to the plate, ready to join our effort to build a viable alternative to head-in-the-sand power politics. And as part of that shift, my role as coordinator for the Saanich-Gulf Islands Electoral District Association is coming to a close. An amazing team of volunteers, including a stellar campaign team, will dedicate itself locally to helping Elizabeth get re-elected as our MP.

Already there are volunteers talking about perhaps launching a Good Green News blog to showcase all the phenomenal successes that indicate our transition into a sustainable future. But there are also many other sources you can draw on for inspiration, including:

In closing, I want to thank all of you for reading, for putting up with my spelling mistakes and my grammatical slip ups, for allowing me into your world and for the many, many kind and encouraging words about how much these Good Sunday Morning missives have meant to you. I've received reports of people meeting in coffee shops to debate the issues I raised, of families discussing them over Sunday breakfast and of people reading them aloud to each other while still snuggled in bed on a cold winter morning.

It was Jocelyn, one of Elizabeth's co-campaign managers and my boss during the 2015 campaign, who first suggested that I should write a weekly email to canvassers on Sunday morning. From there it grew to the point where about 4,000 of you have been reading this missive regularly. This success is less the result of my peculiar writing style, than it is a testament to the power of the shared values that Elizabeth so valiantly personifies for many of us. I continue to draw my inspiration from her and all the volunteers in the Green Party of Canada who deeply believe what she believes; that a small group of dedicated individuals can indeed change the world. 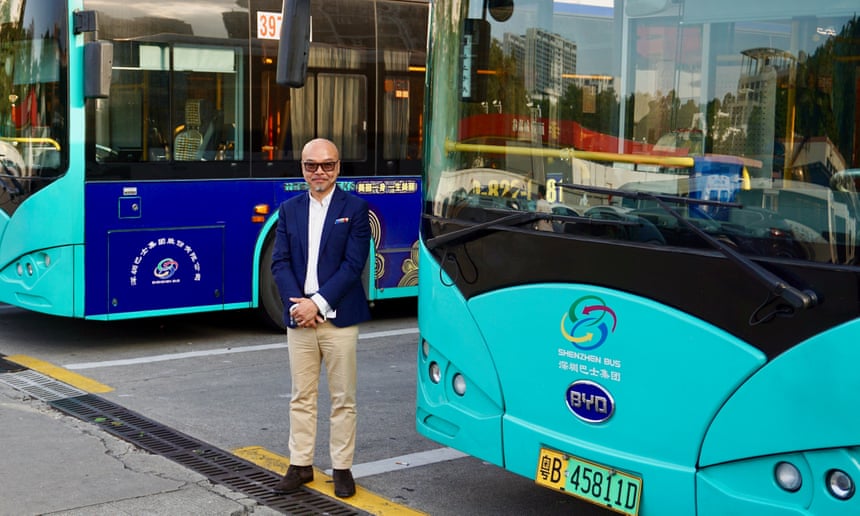 When I was a little boy, I sometimes would get frustrated when something I tried, wouldn't work. I would run to my big brother and wail my displeasure. "So," he would say. "You tried doing it with the little finger on your left hand, the first time, without looking, and it didn't work." This has to work. The big three political parties are letting us down. They are wholly preoccupied with seeking power and getting re-elected. We are what so many Canadians are waiting for: The hope for the future.

Elizabeth keeps reminding us that "Hope is a verb with its sleeves rolled up." So enjoy your holidays with family and friends. And then roll up your sleeves, contact your local EDA, volunteer, donate, retweet or share. Attend potlucks, write letters, talk politics in coffee shops. Remember that democracy belongs to those who show up and this is our time. This is the time to show up. This is the campaign of our lives.

Merry Christmas to you and yours!

With love and gratitude,
Thomas