The Trouble with 'Terror' 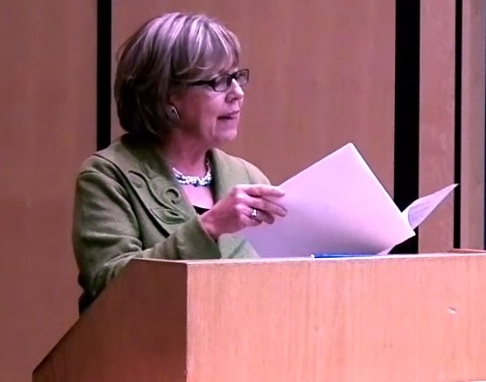 Bill C-51, the so-called Anti-Terrorist Act, threatens Canadian democracy, rights, and freedoms. Harper wants Canadians to be afraid, very afraid. The reality is that we are not living in a world that is becoming increasingly unsafe.

Elizabeth May continues to show leadership with timely, thoughtful analysis of the bill. Recently, a panel of Canadian experts including Elizabeth, discussed the numerous problems with this legislation. See the Bill C-51 Town Hall videos from this forum hosted by University of Victoria Greens.

Conrad Black condemns Bill C-51, stating “it makes a Swiss cheese out of due process”. Others see this legislation as the latest chapter in the Harper administration's ongoing "dismantling of Canada".

The best response to the latest fear campaign is be informed and take action. Sign our petition Defend Our Rights and Freedoms. Join the protest marches across Canada on Saturday 14th March (see Victoria event below). 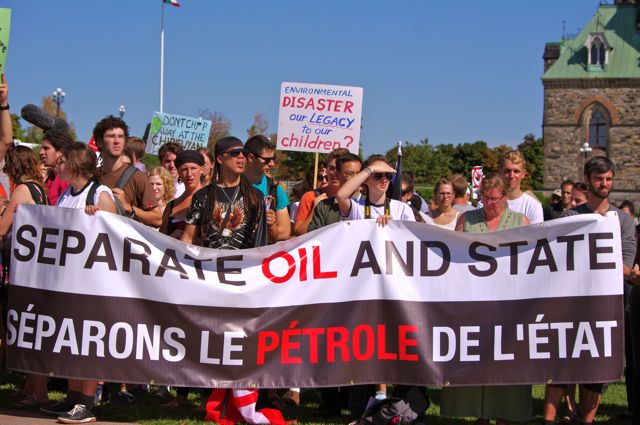 It’s not news that the Harper administration acts to prevent the release of any research showing negative impacts of oil sands development. Government scientists can no longer communicate their results or even apply for funding without explicit approval. Most fear retaliation if they raise concerns about public safety or the environment.

A new and alarming development, however, was revealed in a leaked intelligence report from the RCMP. It not only questions the well-established fact of climate change but also suggests that the 'anti-petroleum movement' is a fringe, extremist group that is a growing security threat to Canada...

As Elizabeth commented in the Bill C-51 town halls, Harper has “conflated petroleum with patriotism”.

The distorted, biased 'science' in the RCMP memo is beyond weird. Viewed through the lens of the proposed Bill C-51, this is chilling news. This is 'climate denier' propaganda. Elizabeth May has repeatedly asked the Harper government whether C-51 will exclude non-violent protest. The non-answers indicate that dissent is being criminalized in Canada.

Why Vote?  To Influence Policies Now and for the Future 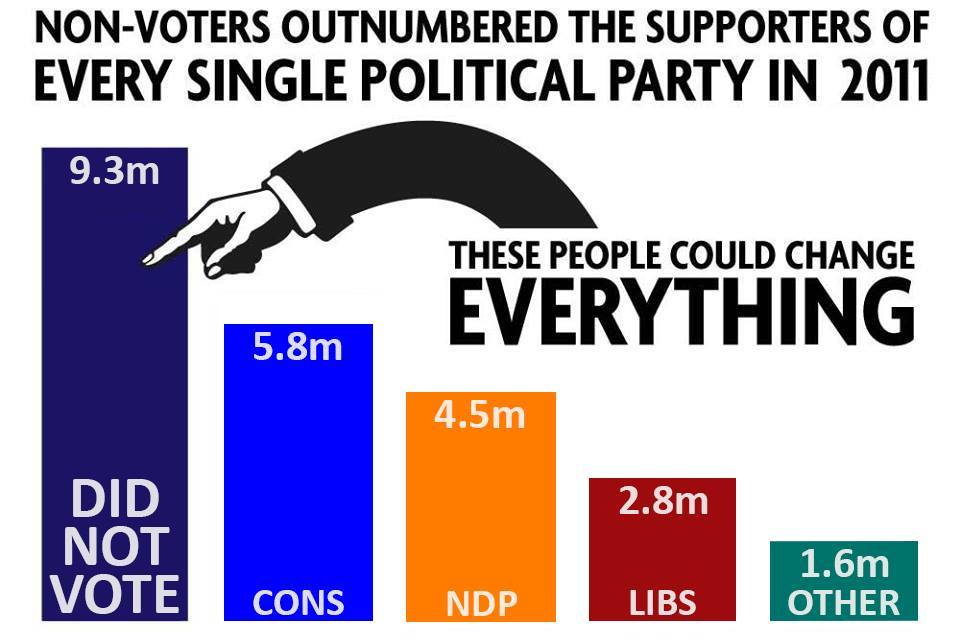 Elizabeth May addressed the 'why vote" question when she met with a group of young people February 21st on Galiano Island. She listened to their questions - on the value of voting, the recent changes to voter identification, the challenge of undoing the damage done by the current government, and, last but not least, how Elizabeth and the Green Party differ from others seeking their vote.

Voting is both a right and a responsibility. When you vote, you influence the laws, policies, and government programs that shape our lives and future world.

Ideally, every voter will make the effort to become informed about the issues. A key action to take now is to make sure you are registered to vote. Go to Elections Canada to confirm that you are registered or to register to vote for the first time. Every vote matters!

Exciting results from the recent EKOS poll! BC “is seeing a fascinating four-way race with a muscular Green Party poised to win multiple seats”.

Voter turnout to support Green candidates is critical to make this a reality. The voters of Saanich Gulf Islands demonstrated the power of their votes by electing the first Canadian Green MP.

In spite of her exclusion from the 2011 leadership debates, Elizabeth won by a larger margin of votes (over 7000) in the riding of SGI alone than the combined total votes (6,201) from the 14 closely contested ridings that gave Harper his ‘majority’!

Elizabeth must be included in the leaders' debates for the 2015 election. Tell the other party leaders to state  their position - sign our petition Elizabeth Must be Included in 2015 Debates. Let's make it abundantly clear that Elizabeth's voice is essential.

Why Do You Support Elizabeth May? 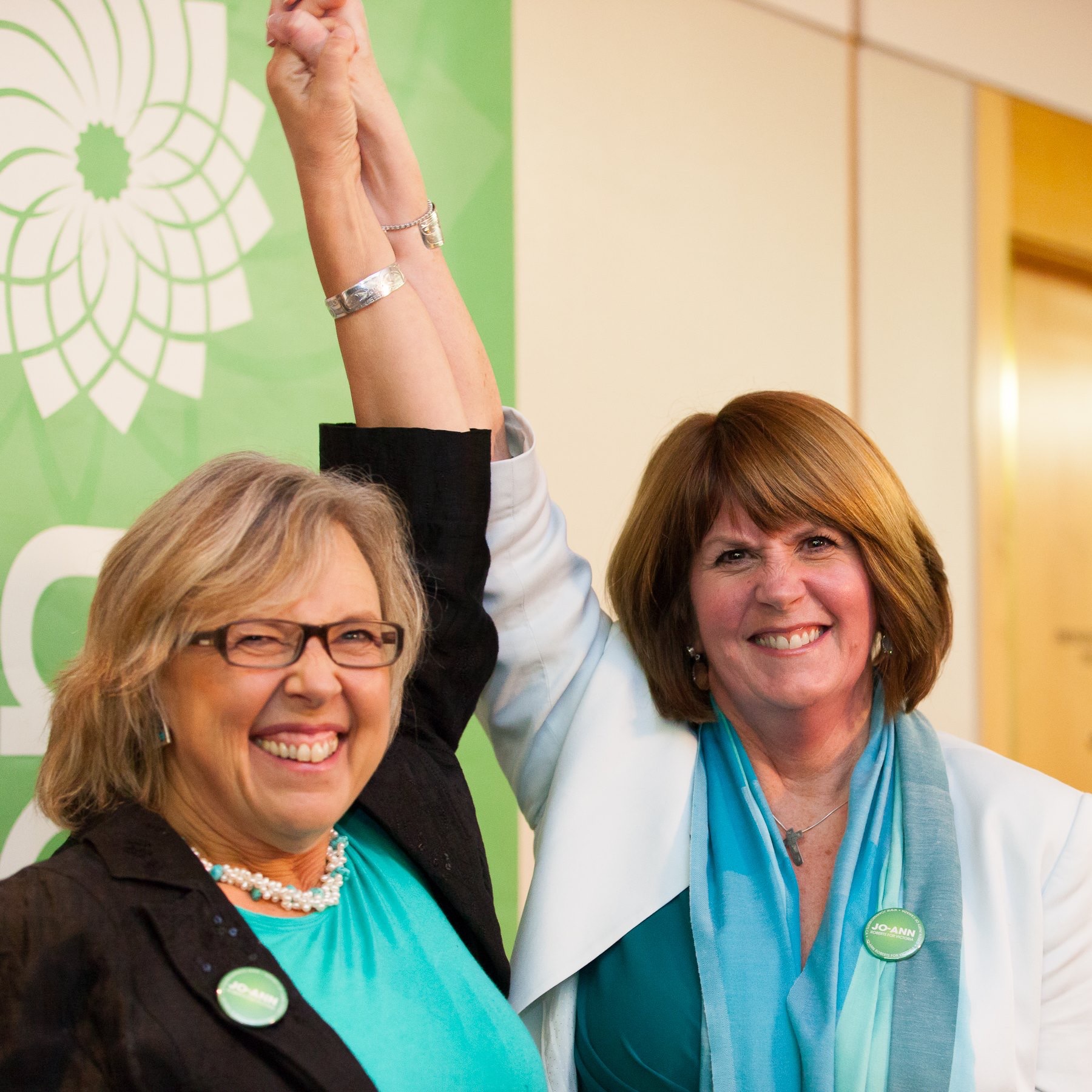 Are you one of the many people that Elizabeth has helped? Do you have a favourite Elizabeth May story? If you have a story to share, please contact us at [email protected]

Please show your appreciation for Elizabeth's dedicated efforts to lead the way to a more open, transparent and effective democracy. Donate to Elizabeth May's 2015 re-election campaign. Show your commitment by pledging your vote. And if you want to explain to someone why it’s important to re-elect Elizabeth, share Elizabeth May proves what one MP can do.

Your support is greatly appreciated!

Today!
Victoria Day of Action Against Bill C-51, March 14th, Victoria, noon
Where: The march will start at the corner of Fisgard and Government Streets

Film screening: The Secret Trial 5, March 25th, 6:30 pm
A film about the human impact of the ‘war on terror,’ The Secret Trial 5 is a sobering examination of the Canadian government's use of security certificates, a tool that allows for indefinite detention without charges, based on evidence not revealed to the accused or their lawyers. More information on West Coast Greens.

Public Forum - Response to Supreme Court Ruling on Physician-Assisted Dying, March 21
Elizabeth May, MP, will present her perspectives on this recent ruling from the Carter case.

Canada Water Week:
Film Screening and Discussion Panel with MP Elizabeth May, March 19th, 6:30 pm, Victoria
Elizabeth May will attend the screening of the short film, Cold Amazon, a story of Canada's Mackenzie River Basin. After the screening, she will share her perspectives on the governance and importance of water. Event is free and open to the public.