For more about how we relate to the national party, what our Executive does
and who has served in the past, please click here. 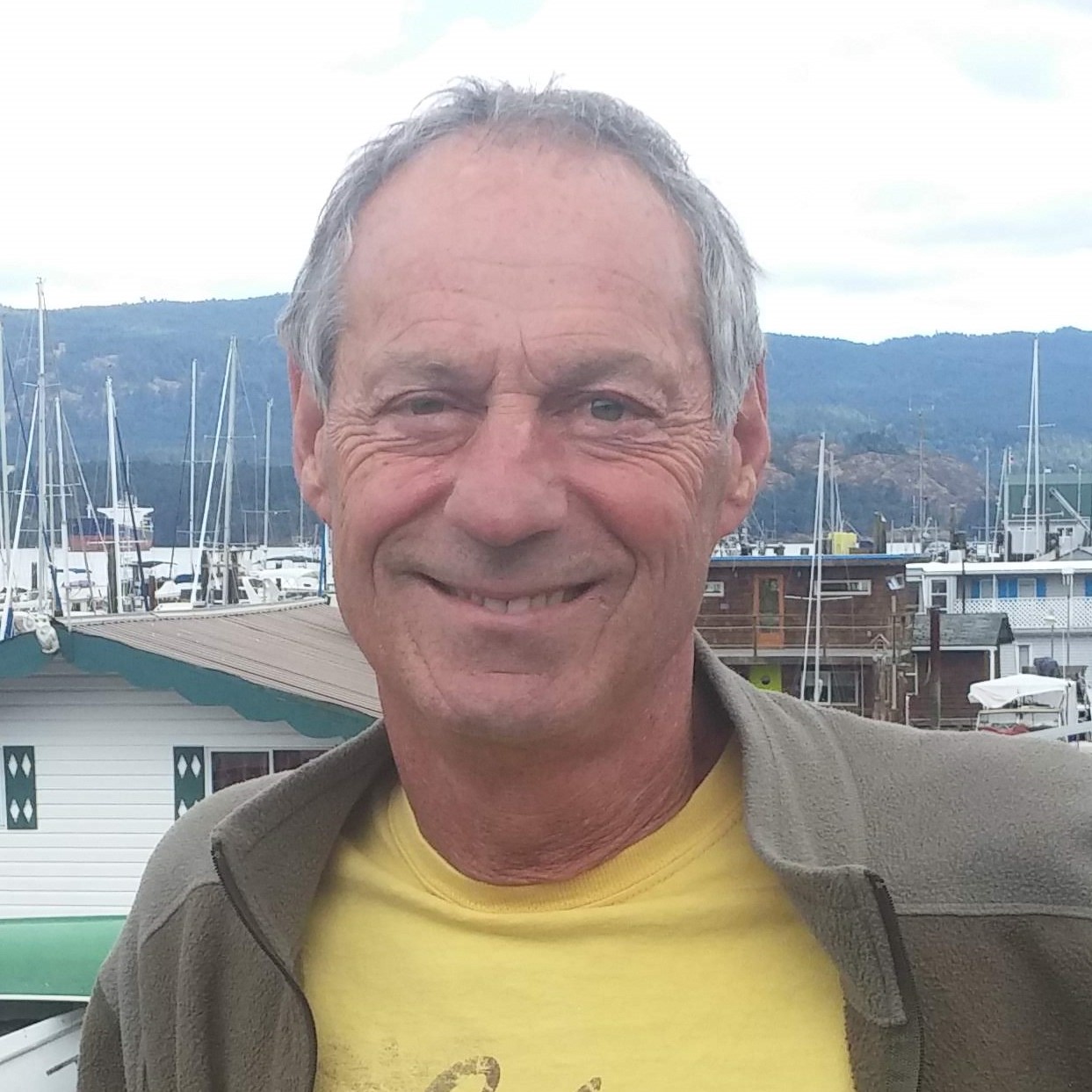 From my job as a junior forest ranger at 17 to a surveyor working the length of Vancouver Island, my interests have always included the natural history of where I live. I wish to preserve our natural environment and just as importantly, our human place in that complex ecosystem. In 2004, I became the founding CEO of the North Vancouver GPC EDA. For three years, I was a sign maker and erector and campaign manager among other duties.

Now that I am retired, I volunteer with Peninsula Streams, Dominion Brook Park and the Green party. To me, local community is the key to everything. You can’t affect your country or the world unless you work at the community level. I am proud to add a voice of varied experience and assist our local EDA team to continue to be the best in Canada. 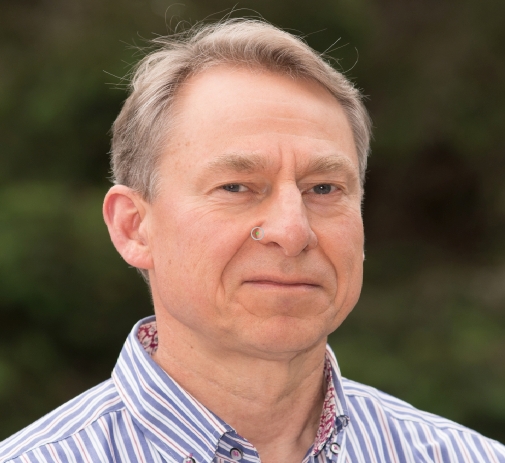 After my retirement four years ago, my wife Cynthia and moved from Manitoba to BC. I became excited when I realized that we were living in Elizabeth May’s riding and decided that I wanted to help out in the 2015 campaign. After the re-election, I stayed on with the SGI group of volunteers because they were a passionate, professional group of people that I admired. This group of volunteers morphed into the SGI Green Media and the Green Special Events groups.

I have contributed my photography skills and time in video recording, and was also involved with canvassing. My experience with the Greens, in combination with recent political reversals by the federal Liberal government, have convinced me that, more than ever, the country needs the policies that the Green Party espouses.

I believe that the SGI EDA is vital in supporting Elizabeth May, as well as helping other EDAs across the country become established. Not having the same funds available as other parties, the Green Party must rely on volunteers. To facilitate this, we must take on the difficult tasks of recruiting and empowering our volunteers to be truly successful. This isn’t as easy as it seems. I am up to that challenge.

After spending enjoyable years in post secondary education (Sciences, Arts and City Planning), I started my working career in business as an insurance underwriter for a major Canadian life insurance company. I moved into the sales area and then left the insurance industry to become a stay-at-home dad for our daughter’s first year. At mid-life, I made the decision to return to school for an education degree. In this field I had the opportunity to work with immigrant students in English as Additional Language programs, and eventually worked in my favourite area, that of teaching social studies.

It was in teaching Canadian History, as I examined the Canadian political process with students, that I came to realize that the first-past-the-post system of voting was producing poor results. A proportional representation system allows every vote to count, making the voting process more fair for all voters. Naturally, I looked for a party that supported PR, and I found the Green Party.

With that in mind, I am wholly committed to a collaborative, cooperative process in supporting the Green Party and Elizabeth May here in the Saanich Gulf Islands EDA, as well as across Canada, to reach more Canadians and prepare for the upcoming federal election. 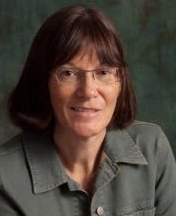 My role as Financial Agent includes financial reporting to the Executive and Elections Canada and preparing tax receipts for our donors. I was also the official agent for the 2015 election campaign.

I began volunteering with SGI before the 2011 election. I was so impressed by Elizabeth May that I started canvassing and working in the office. After that election, I volunteered to join the Board as Financial Agent, the position I've held for 5 years now.

Before that I was a retired CA, and I had spent 15 years of my career with the BC Ministry of Environment. After retiring I went back to university and took environmental courses, including one from Andrew Weaver about climate change. That is the issue that motivates me to keep working with the Green Party. 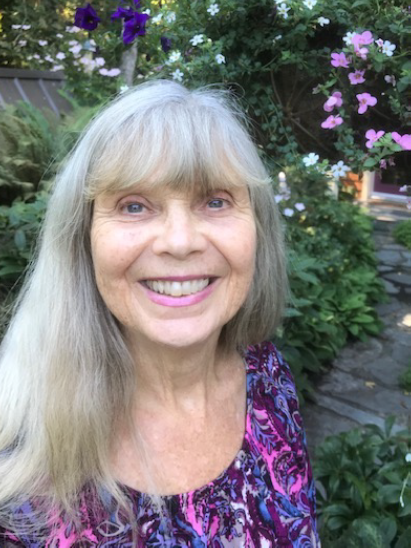 Even though I had voted Green for a few elections, when I heard Elizabeth May was planning to move to Sidney and run for the Green Party in SGI I was thrilled to finally have a candidate who exemplified my values and had a chance of winning the seat. In about 2009 I went to the meeting in the basement of St. John’s church with about 20 other people when Elizabeth announced her candidacy. I have been involved ever since. I have canvassed, helped with lawn signs and data entry. I have been a member of the Events Team since 2015 and more recently I co-lead the Events Team with my husband Gary.

I see myself as a ‘behind the scenes’ kind of person with decent organization skills and a willingness to help where needed. I was the secretary of the Iyengar Yoga Association of Canada for 6 years, practiced Social Work in my career and am currently an Iyengar Yoga instructor and serve on the board of the Peninsula Yoga Centre in Sidney. As a grandmother I am horrified at the prospect of a future on this planet that will be forever negatively changed if the effects of climate change are not addressed immediately. My intention is to do what I can to support the vitally important work Elizabeth does. 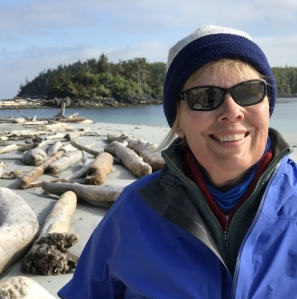 I am a recently retiree who has lived on the BC coast her entire life, from Squamish to Vancouver and now North Saanich. My professional career spanned hospital, government and health authority jobs, most recently as a medication educator for family physicians, nurse practitioners and pharmacists. My work entailed extensive evaluation of the literature to determine best evidence for a variety of therapies. As a result, I have a healthy regard for the difference between rhetoric and evidence, am quite organized most of the time, and pay close attention to detail. I'm an avid gardener and love our precious coast.

I first became involved with the federal Green Party after attending a presentation by Elizabeth May many months before the 2011 election campaign. I was hooked immediately, and helped in the office for that campaign as well as doing some canvassing. The 2015 campaign saw me helping Thomas Teuwen with the canvassing records as well as again knocking on doors.

I began to be environmentally aware in 1970 when for a Grade 13 Biology project, I did a presentation on the carbon cycle. It was easy to convince my mother to get on board with some green actions. She grew up during the Great Depression, so reducing and reusing were as natural to her as breathing. Adding recycling – even though in those days it meant taking newspapers, bottles and tins to a depot – was an easy sell. I have never looked back.

I have been a member of the Green Party of Canada since 2013 which was an act of pure  altruism because I was teaching overseas at the time and was not allowed to vote. I have subscribed to Elizabeth May's weekly Good Sunday Morning newsletter for years, signed numerous petitions and shared GPC articles and actions on social media. Last fall, thankfully retired, I was able to work for the SGI campaign office making scores of calls encouraging former supporters to once again take a lawn sign. On election day, I was a scrutineer. Since then, I worked with the Members for Growth and Renewal, first doing research into how other countries’ Greens grew their bases and then making hundreds of calls to validate survey responses.

I hope that my interpersonal and technical skills will be of use to our EDA. I am particularly interested in maintaining connections with our supporters between election periods so that they don’t only hear from us when we need their votes. I would be honoured to help strengthen the EDA and support Elizabeth in any way I can. 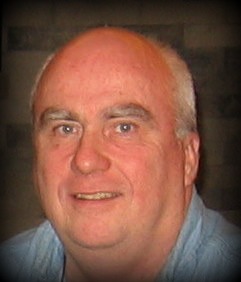 I believe that having a proportional representation (PR) voting system will improve our democracy through better representation and more consensus based governance. PR is crucial to the Green Party. It will empower progressive voters and enable the achievement of Green Party goals. My experience at the federal level within the party also leads me to believe that Saanich Gulf Islands can help show the way for other EDAs across the country to achieve success. It is important to do so both for the party and for our leader. 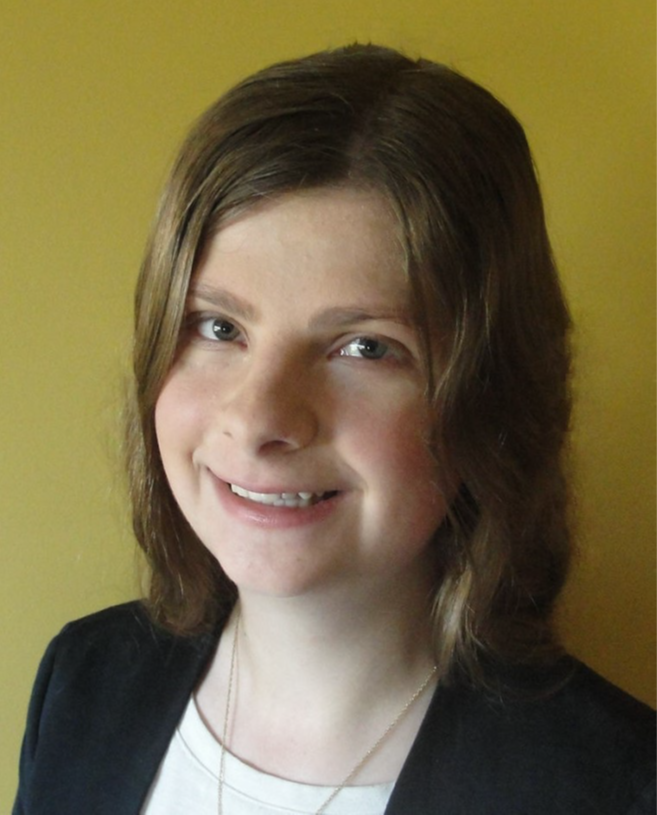 As a political science student, I was keenly interested in gettng involved with the 2019
election. I chose to canvass and scrutineer for the Green Party and had the privilege of joining
Elizabeth May on a canvassing blitz. I was astonished by her passion and knowledge of the
complex issues she represented in her campaign. I was thrilled to have the chance to represent
the often overlooked voices of young people and immerse myself in the campaign process of a
party whose values reflected my own. Like many young people, I am dismayed by the lack of
access to affordable higher education. As well, I believe the federal government is not taking the
climate crisis seriously enough.

As a young person, student, and essential worker, I bring a unique energy and
perspective. I am interested in volunteering with the EDA so I can continue to immerse myself in the
Green Party’s campaign process and support an organization that upholds my values and
represents my interests at the highest level of government.