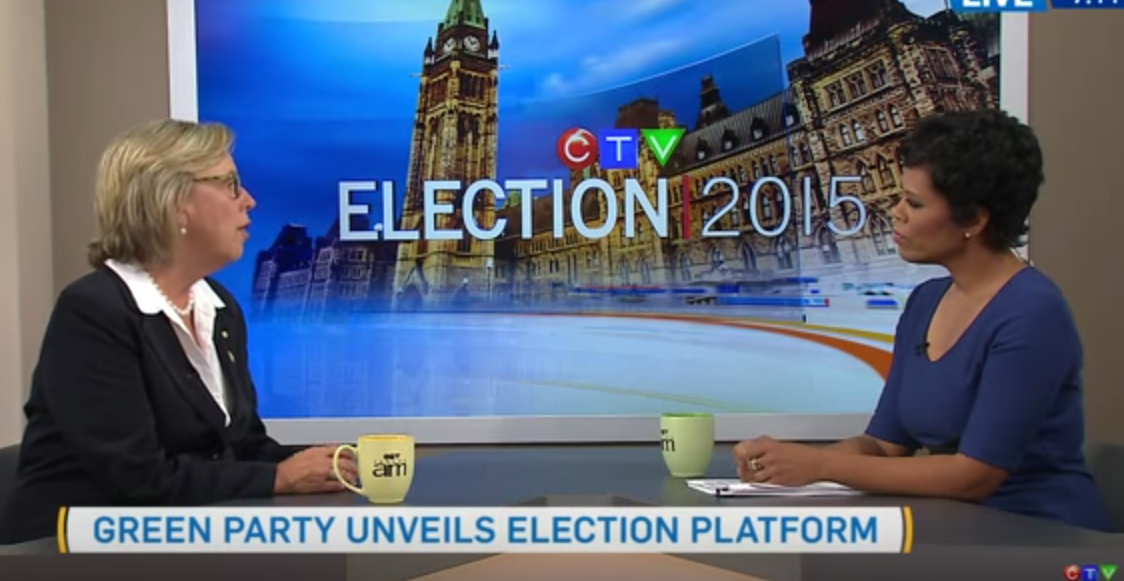 We have what Canadians want

We answer your questions

The Green Party commits to creating a plan to ensure seniors retain their dignity as they age. The Green Party National Seniors’ Strategy builds upon the previously announced Guaranteed Liveable Income and National Pharmacare Program to include improvements to the national pension plans, a seniors’ housing strategy, and compassionate, respectful end of life care. The strategy will include:

The Green Party is deeply concerned about the widening income gap, and the steadily increasing numbers of people trapped in the low-wage economy – workers, especially our young, who are struggling to survive with part-time, non-standard precarious employment.

In the last year, part-time jobs accounted for 80% of net job creation. The bottom 40% of those employed has been losing ground since the early 1980s.  And in the last 10 years, this bottom 40% has taken home on average about 12% of all income.

Universal health care is fundamental to Canadian citizenship — it’s an expression of the values that draw us together. Despite this, health care has become less a national program and more an uneven patchwork of services. National leadership is absent just when the demand for health care and the confusion over the delivery of private care are growing. Stephen Harper has compromised the future of health care. Federal dollars will shrink. Funding will be tied to the Gross Domestic Product (GDP) of provinces, with poorer provinces receiving less than their more affluent counterparts.

Canadians have uneven health care coverage because we have no standards for the minimum quality and range of essential health care services that should be available across the country. These standards are implicit in the Canada Health Act.  We need them to be explicit. The Canada Health Act has five general principles – public administration, comprehensiveness, universality, portability, and accessibility, but the federal government has not been applying them to support greater national consistency, apart from imposing an occasional penalty on individual provinces and territories for extra billing.

The Green Party will create and implement a National Housing Plan to provide every Canadian with a place to call home. The Green Party’s plan is to:

Stephen Harper’s government has left veterans without the lifetime income security that was previously provided under the Pension Act.

In 2006, the New Veterans Charter (NVC) replaced the Pension Act and changed the lifetime pension to a one-time lumpsum disability payment rather than monthly compensation. Veterans Affairs Canada (VAC) categorizes veterans in order to determine their eligibility for benefits and programs. However, under the Conservative government, multiple VAC offices have been closed making it difficult for veterans to access needed services.

The Green Party will work with other parties to:

The Green Party will provide Canada Post with new revenue tools to keep it profitable and operating at a service level that Canadians expect. The Green Party’s plan is to:

"“Canada Post is a vital service for Canadians that connects us from coast to coast to coast and encourages small business growth, which is reliant on its distribution networks and low postage rates. Thousands of Canadians – including seniors with mobility issues and Canadians living with disabilities – worry that Stephen Harper’s elimination of home delivery will disproportionately affect them,” said Elizabeth May. “In the next Parliament, Green MPs will diversify services, restore home delivery, and provide environmentally-friendly postage.”

Working with all other parties in the next minority Parliament, Green MPs will:

The Green Party is attracting the best minds of our country to run in 2015. Green MPs vote freely and conscientiously to create policies and laws that protect our values and shape a positive future. Green MPs follow these guiding principles:

Green Party candidates must sign a pledge before they are accepted to run in the 2015 election:

"I pledge to conduct myself with integrity and treat others with respect;
I pledge, if elected, to publish all my expenses on my website;
I pledge to conduct myself with civility, to never heckle in the House;
I pledge to work tirelessly for my constituents; to keep
their interests and the well-being of Canada and the planet, paramount;
I pledge to make the voters in my riding proud."
You can help support a brighter future for Canada:  Donate to Elizabeth's re-election campaign. Volunteer.
Do you like this page?
Tweet.