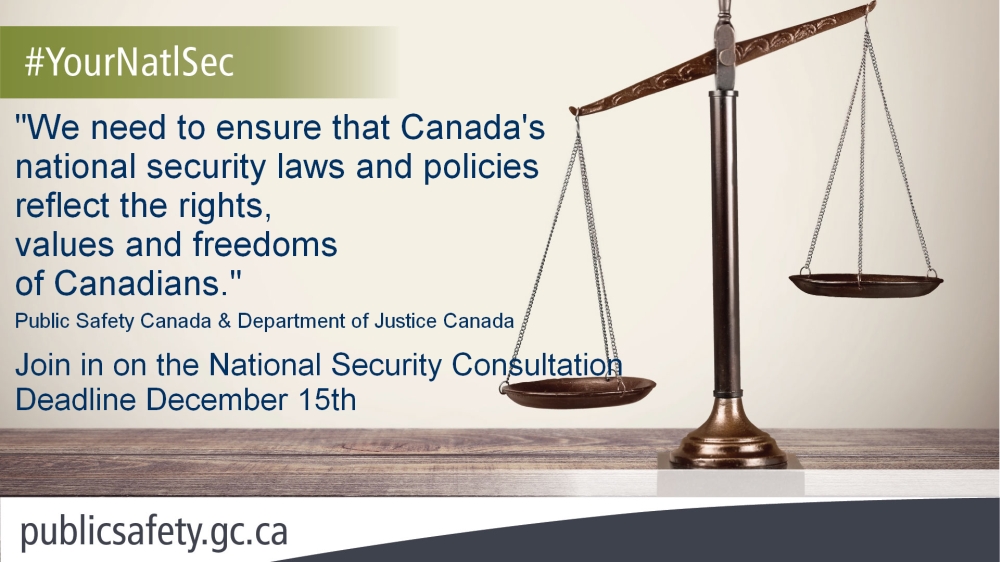 Here are the general feedback questions and some discussion points based on Elizabeth's brief of her submission to get you started.

Please visit the general feedback form and provide you own input.

In the 70’s and 80’s Canada was a well-defined democracy.  We welcomed people from all over the world and they brought global culture and sophistication to add to the strong Canadian values already in place.  At the time, our country was run on the principles of the Laski economic philosophy:

Our heroes were people like Tommy Douglas (Social Credit/NDP) and Nobel Peace Prize winner Lester B. Pearson (Liberal.)  Our country functioned better than most and we were justly proud of our contributions towards making the world a more caring and just place.

People were treated with respect and elected representatives felt it was their duty to work towards solving the problems of the electorate who had put them into a position of authority for that specific reason.  Even today, for the most part, people who go into politics seek the position because they really want to help make the county a better place.  They feel they have something to offer and they want to do their part.

The system has become unhealthy and unmanageable—but underneath it all—the idealists are still there.

The real people care.  Think of Mr. Mulcair when he spoke of his own children and grandchildren in relation to the little Syrian boy who had died on the Turkish beach; think of Justin Trudeau when he speaks of his own children.  And over and over again we have seen Elizabeth May play the part of peacemaker, trying to bring everyone together.  She recognizes that everyone deserves respect.  She works unceasingly to fight for the rights of her constituents, but she also happily works across Party lines to build consensus for what needs to be done in parliament.

The broken system gets in the way.  When citizens think of Parliament these days, “Question Period” comes to mind with all its nonsensical rambling and one ups-manship.

We need to become the compassionate democracy we once were.  But we can do it!

The people of Canada have a contract with our service personnel and RCMP. They sign a contract of unlimited liability, meaning we can send them anywhere, anytime, into any circumstance. In the line of duty, they risk life and limb. In return, we promise to care for them and their families in the event that they suffer physical or mental injury in the line of duty.

We have abdicated our responsibility to honour our half of the contract. Veterans Affairs Canada (VAC) was set up to distribute benefits and programs to returning soldiers and veterans. As a distribution network, it was tasked with making certain that all veterans in need were taken care of in a timely and effective manner. The benefit of the doubt was always given to the veteran, in the absence of irrefutable proof.

This is no longer the case. VAC is now run like a for-profit medical insurance corporation. The policy manuals are specifically tailored to initially deny applications for programs and benefits based on a maze of confusing and contradictory eligibility requirements. VAC will not tell you what programs are available. You must know beforehand what programs are available and whether you qualify. VAC has subdivided veterans into several categories and bases eligibility on where they fall in a specific category, e.g.: regular forces, RCMP, reservist, trainer, combat, admin, SarTech, technical.

Veterans deserve our grateful and ongoing support and secure and generous pensions: the nickel-and-diming of their financial assistance by the Conservative administration is nothing short of a national disgrace.

The Green Party will fund the training of service dogs for veterans suffering from Post-Traumatic Stress Disorder, which has been found to reduce the symptoms of PTSD in 82% of cases.

The New Veterans Charter (NVC) in 2006 changed how veterans are paid disability and pension funds. The most onerous of these changes is the lump sum payment that was designed to save the government money at the expense of fulfilling our contractual obligations of lifetime care for those injured while in service to our country. All three national parties unanimously passed the NVC and are thus complicit in the blowback that is happening across the country. “There is only one veteran” is a rallying cry for veterans. The Green Party of Canada affirms that we need to see an end to categorization of veterans according to areas of service. This is a key point of agreement among veterans’ organizations.

The SISIP (Service Income Security Insurance Plan) claw back of disability payments is anathema to veterans. It is a sharp slap in the face to many disabled vets who as servicemen and women were obligated to pay into the plan. No civilian disability plan denies disability payments to employees based on income. (A veteran earning 75% of salary as pension is denied SISIP disability payments.) Disability payments must not be tied to income. Again, veterans’ organizations agree that this is particularly distasteful.

The 25 member Veterans Review and Appeal Board (VRAB) currently adjudicates both new case files and files under appeal. This means the same people that initially denied claims are reviewing the appeal. Consequently, most appeals are automatically denied. There are currently only three members of the Board with military experience and one with medical training. The rest are appointees, most since 2007 are former MPs, MLAs, Parliamentary assistants, and local supporters of the ruling party. VRAB must become two separate panels (Veterans Review Board and Veterans Appeal Board), each comprised of qualified experts in their field.

The Green Party was relieved to see the federal government withdraw its appeal of the favourable BC Supreme Court judgment in the “EQUITAS” legal challenge, launched in 2012 to argue that the current veteran benefits should not be much less than those received by veterans of the world wars and Korea. The federal government has promised to pass legislation confirming the obligation “to be liberally interpreted” to provide “services, assistance and compensation to members and veterans who have been injured or who have died as a result of military service, and this extends to their spouses or common-law partners or survivors or orphans.”

The Green Party will certainly be vigilant in holding the federal government to its promise to rectify the distressing inequities in income support, prior to the scheduled resumption of the EQUITAS legal challenge in 2016. The Green Party will reverse cuts to Veterans Affairs and re-open the offices that serve veterans’ needs from coast to coast.

Posted by Ann Eastman · May 08, 2015 1:25 PM
“The fact is that Bill C-51 will not make Canadians safer – it will actually do the opposite, and that’s the big lie being told to Canadians.  Any thinking person will stand up & oppose C-51 with every ounce of their strength" – Elizabeth May
On May 6, 2015 the Harper Conservative’s so-called “anti-terror” bill passed third reading in the House of Commons, and will now go to the Senate on its way to becoming law. If this bill becomes law before the federal election, this must be an election issue. Bill C-51 must be repealed.

C-51 opposes Canadian values of fairness, justice and the right to express opinions without fear. It's appalling, anti-democratic legislation.

Elizabeth May was the first federal party leader to denounce Bill C-51. In Parliament on February 2nd, she called the bill "so overbroad” that it “could apply to anything” and questioned its legality.

Elizabeth raised the alarm about the vague, expansive definition of ‘terror’ in the bill that could criminalize freedom of expression and legitimate protest, including non-violent civil disobedience and activities such as anti-pipeline and tankers protests. She was the first to recognize the sweeping new powers it gives to CSIS - creating a secret police. The horror of terrorism is very real, but this legislation does not address risks to Canadians and will not make us safer – rather, Bill C-51 itself has "dangerous collateral consequences” to our security and rights.

View the Bill C-51 Town Hall videos with presentations by:

Does this proposed legislation concern you? Sign our petition: Defend Our Rights and Freedoms.

Elizabeth May is the only party leader to speak against the proposed Bill C- 51 Anti-Terrorism Act.  See some of the fallout for the other leaders.  Even mainstream media noticed!

Her article in The Tyee, Harper's Police State Law (February 10, 2015) was one of the first response to Bill C-5. Elizabeth highlights the significant threat to Canadian democracy, our privacy, and freedom of expression.  Her questions in Parliament to clarify whether this Act will apply to non-violent civil disobedience (e.g. protesters blockading a pipeline route) received the usual non-answers. Take action, sign our Defend Our Rights and Freedoms petition.